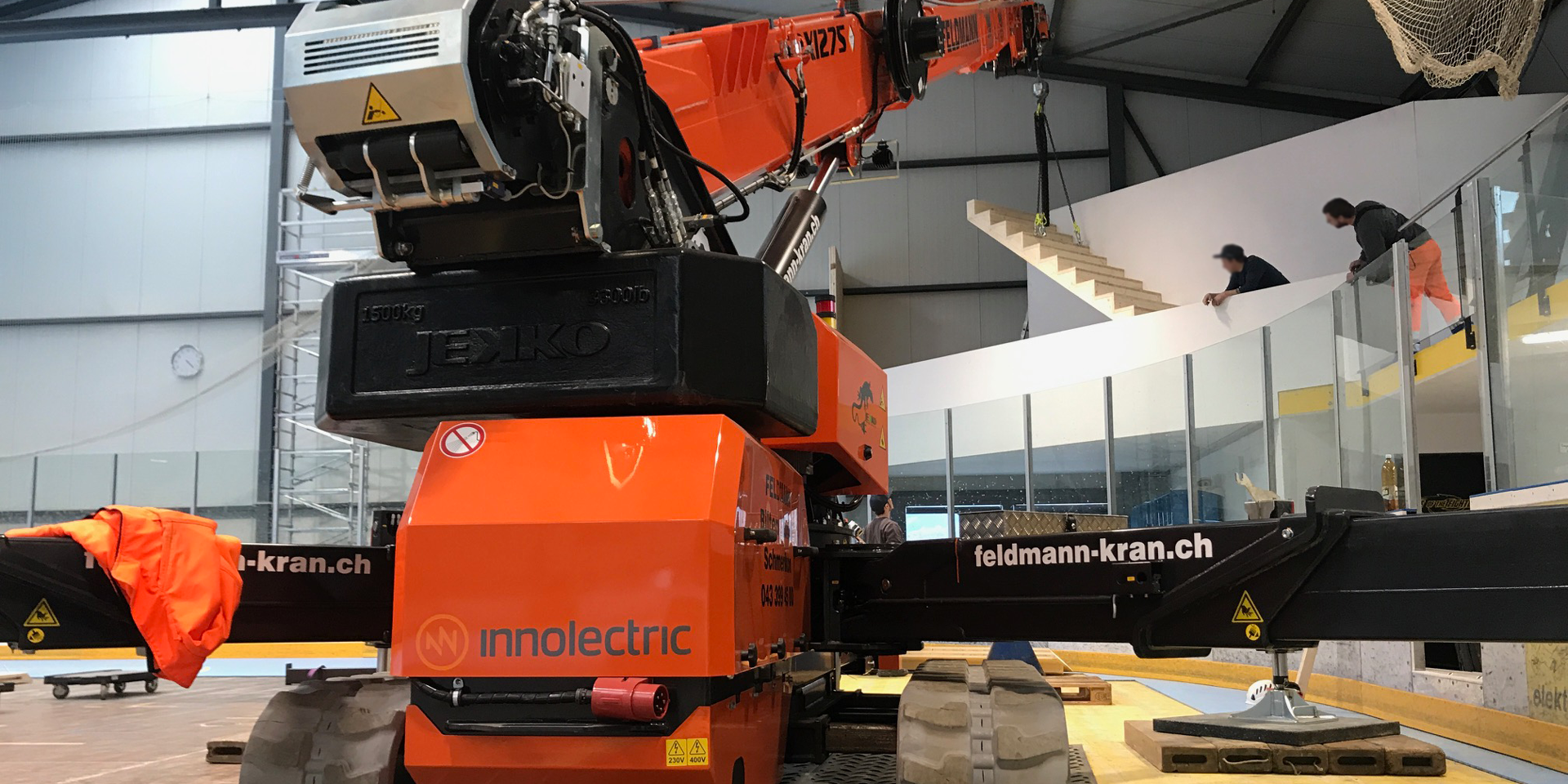 Electrified Jekko-crane for indoor use

The electrification of the crane enables the Swiss customer to use it flexibly in new locations where a crane with a conventional combustion engine could not have been used. Thanks to modification, the machine can now also be used inside buildings and in particularly tight spaces that were previously inaccessible for precise work with a crane of this weight class.

Currently, the Jekko mini crane is used inside enclosed spaces. For the conversion of an ice hockey arena in Switzerland, the battery-powered working machine has proven to be particularly useful, as it can be controlled precisely in the smallest of spaces and operates almost silently and completely without exhaust fumes. This not only relieves the workers in attendance, the mini-crane supports and works in the best possible way at the site. In addition, the electrified crane only runs when it is actually needed. The drive is switched off in each rest phase, which saves energy throughout the entire work operation and further reduces the noise level.

Below the text you will find more pictures of the current operation in the Swiss hockey arena.

The battery systems can easily be charged during work. In this way, the electrified crane can be used beyond one working shift without losing valuable time in a charging process. A display on the working machine provides accurate monitoring of the battery status and other operating parameters such as the current temperature of the battery voltage at all times.

More information about the first use of the electrified Jekko Minicrane in 2019 can be found here.

An application example of a battery-powered working machine you can find here.