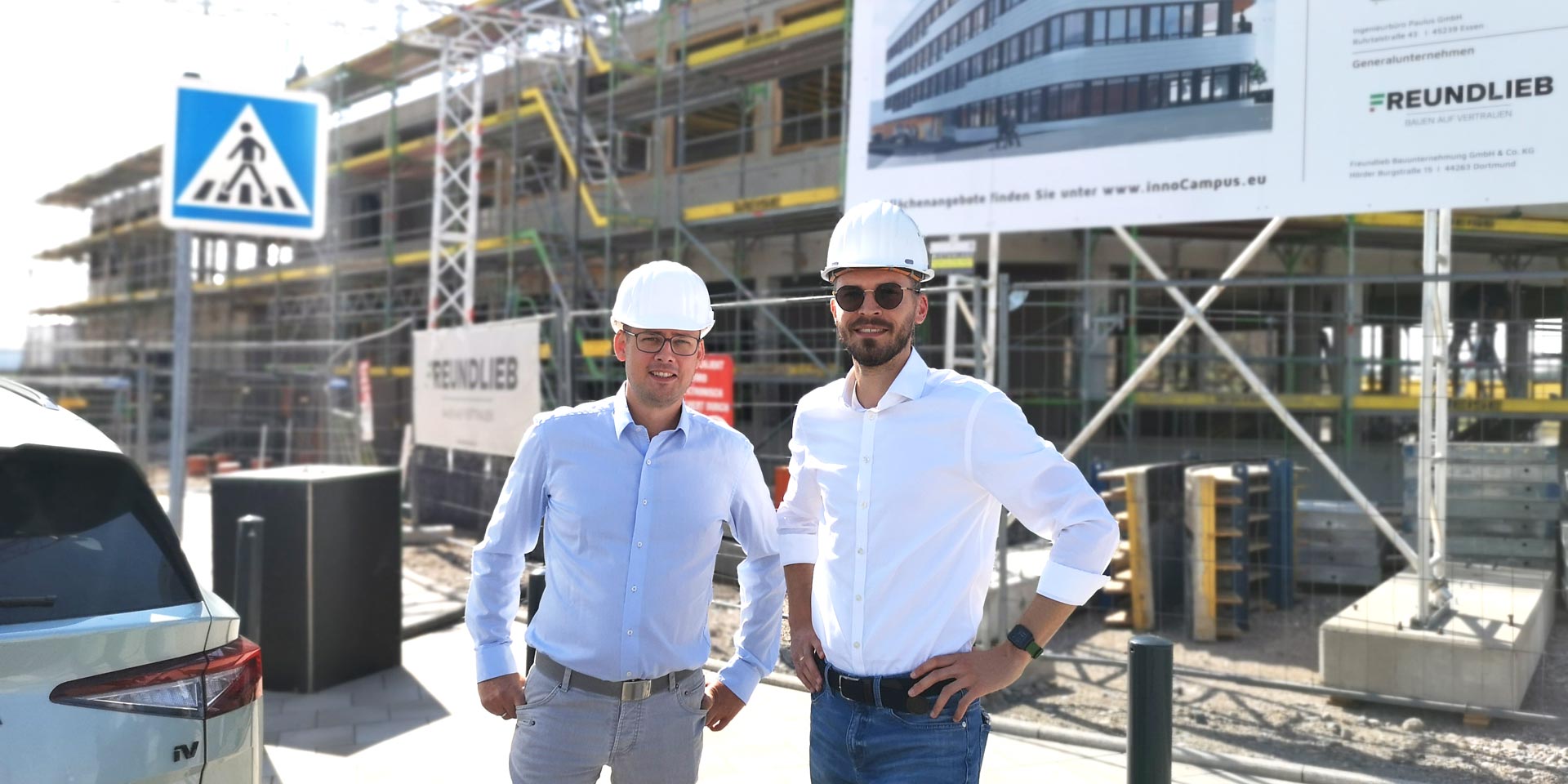 In summer 2023, innolectric will move into the innoCampus on the Mark51°7 innovation quarter in Bochum. A technology and knowledge campus is currently being created on the old Opel site, providing an ideal space for companies like innolectric to create progress while remaining in dialogue with other companies in the sector.

Visible building progress of the innoCampus

After the groundbreaking ceremony for the construction project in November 2021, it is already possible to clearly see what the innoCampus will look like in the future. With the new innoCampus site, the company is positioning itself for the future in the long term and creating space for a rapidly growing team. In addition to technical equipment such as a state-of-the-art laboratory area, particular attention has been paid to the ecological balance in the planning of the building. Among other things, the building will be geothermally heated, making it forward-looking and resource-saving when it comes to the heating and cooling network. Tim Karcher, CEO at innolectric, appreciates this: “We develop modern technologies that use existing energy more efficiently and in this way save resources. That’s why it’s also important to us that we move into a highly efficient building powered by renewable energy, which also improves our carbon footprint during our daily work!”

For innolectric, the Mark51°7 location is not only convincing due to its good connections to public transport and highways, but also due to an attractive working environment for all employees. Networking with other companies and partners on the quarter offers opportunities for shared exchange, but innolectric also relies on an open concept for daily teamwork in the innoCampus itself. “Of course, everyone should feel comfortable in their daily environment. We work together in teams and that’s the only way to get the results we need,” says CEO Tim Karcher. innolectric promotes exchange in the new company location, for example, through a meet & eat area and modern office concepts.

In an interview, innolectric answered questions from the WAZ editorial team in Bochum. The whole article can be found here (german only).