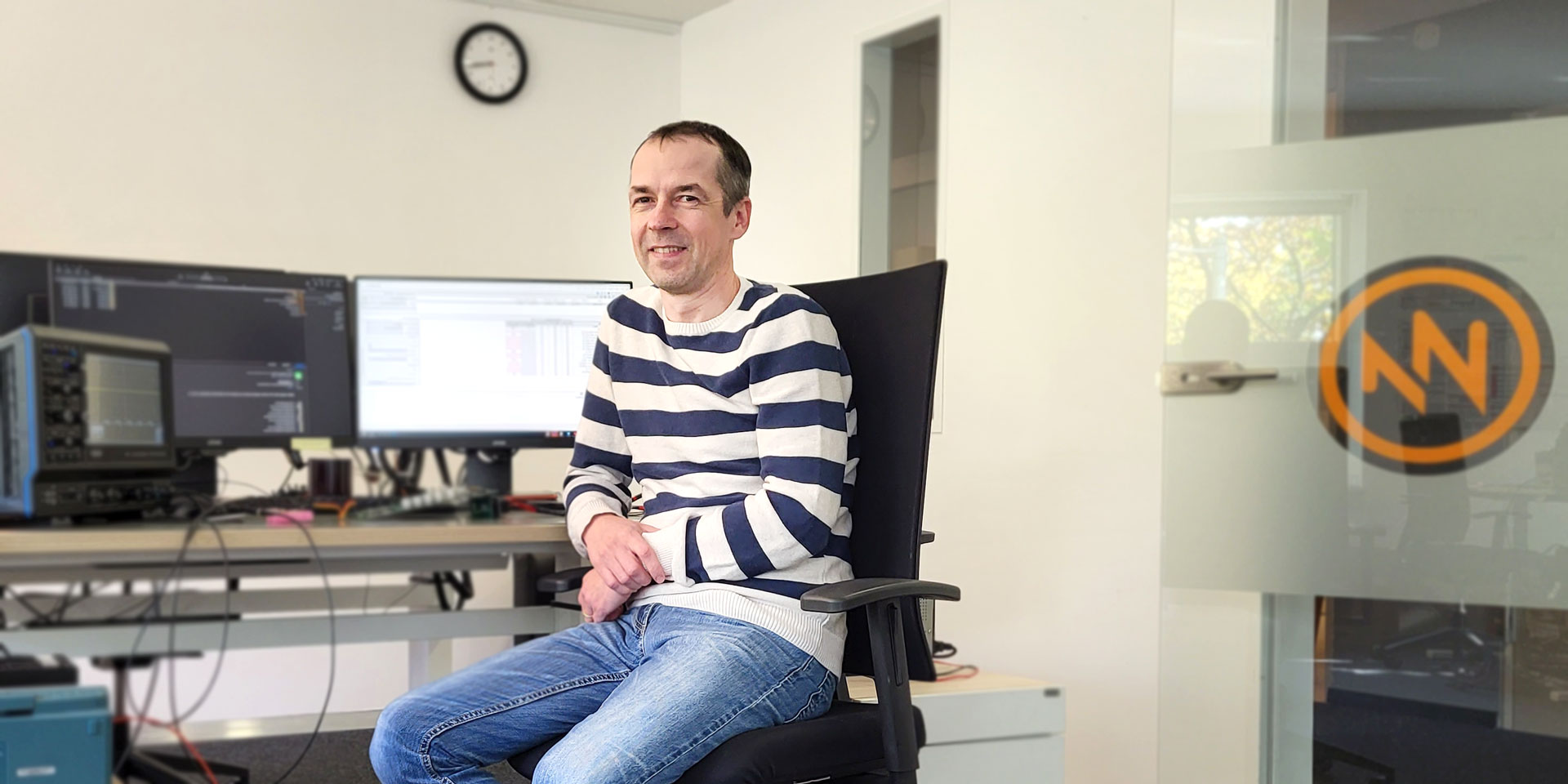 The work of innolectric is characterized by a team of different minds with many cultural backgrounds. Aleh, a new member of the innolectric software team, recently moved to Germany from Belarus with his family. Now he lives in Bochum and works at innolectric as FPGA Engineer. In an interview he talks about his new start in Germany and how he finds his way in the company.

Hello Aleh, can you please describe your job profile at innolectric? What do you do?

I am part of the software team at innolectric as an FPGA developer. Mainly I work out firmware for FPGAs and set up new PCBs in my daily doing. I take care of the further software development for the OBC and also support older generations of the product.

And what did you work before in your home country?

I have also worked with FPGA and PCB design and also have programmed for many years before, which is why I already had contacts with innolectric before I moved here.

In daily business, the innolectric team communicates in English as well as the documents are in English. The goal is an international orientation of the team and the integration of new colleagues with different backgrounds. How does it work for you?

I am glad that the team supports me to arrive quickly here in Germany. Everyone here speaks English, so it is easy to communicate for me. It certainly helps me, especially at the beginning. Our meetings and also the monthly eXchange take place in English. I’m in constant reconciliation with my software colleagues in the office, which works well! At the moment I am looking for a German class that fits into my daily routine besides my job and family life, so that I can hopefully quickly pick up on the little conversations in between and get along even better.

How else did you experience the new start in Germany?

Well, it is not exactly easy to start a new life. Not in Germany either. Especially at the beginning, many administrative procedures have to be taken care of. When you come to Germany, everything is clearly regulated, but the system is quite slow and every step takes a lot of time until you have all the important documents together.

I am glad that my new colleagues supported me from the very beginning, even when I was still in Belarus, for example to apply for my visa or to find an apartment… If you don’t know the language, it can be quite difficult find your way around. Now I have an apartment and my children go to school. That wasn’t easy either, but I’m glad that the first steps have been taken.

You used to live in Belarus before. Are there many cultural differences to work in a company, located in Germany, now?

In Germany all stores are closed on Sunday! I think that’s really the biggest difference. I didn’t know it like that before. Otherwise, there are hardly any differences in working life. The company where I worked before had a very similar structure.

Aleh, you moved to Germany with your family. With the experience, you have now: Is there anything you recommend to people who plan a similar change?

Of course, it’s a change and we’ll have to get used to it. Compared to my old hometown, Bochum, for example, is a small village for me. But to all those who also want to or must take the step, I say: Don’t be scared! If you really want it, then everything is possible.

Thank you for your time and again: welcome at innolectric, we’re happy that you are part of the team now!